This blog has been neglected the past few months, mostly because this summer was bananas. In a span of eight weeks, we were on the road for six. During that time we also sold our house, purchased another, and moved to Asheville from Charlotte. More on that later in this post…

We started our summer vacation/work trip in the Midwest. I had weddings in Ohio + Michigan, and then we spent the rest of the time visiting our families. We had a wonderful time soaking in the cool waters of Lake Michigan and less-humid weather for two weeks. 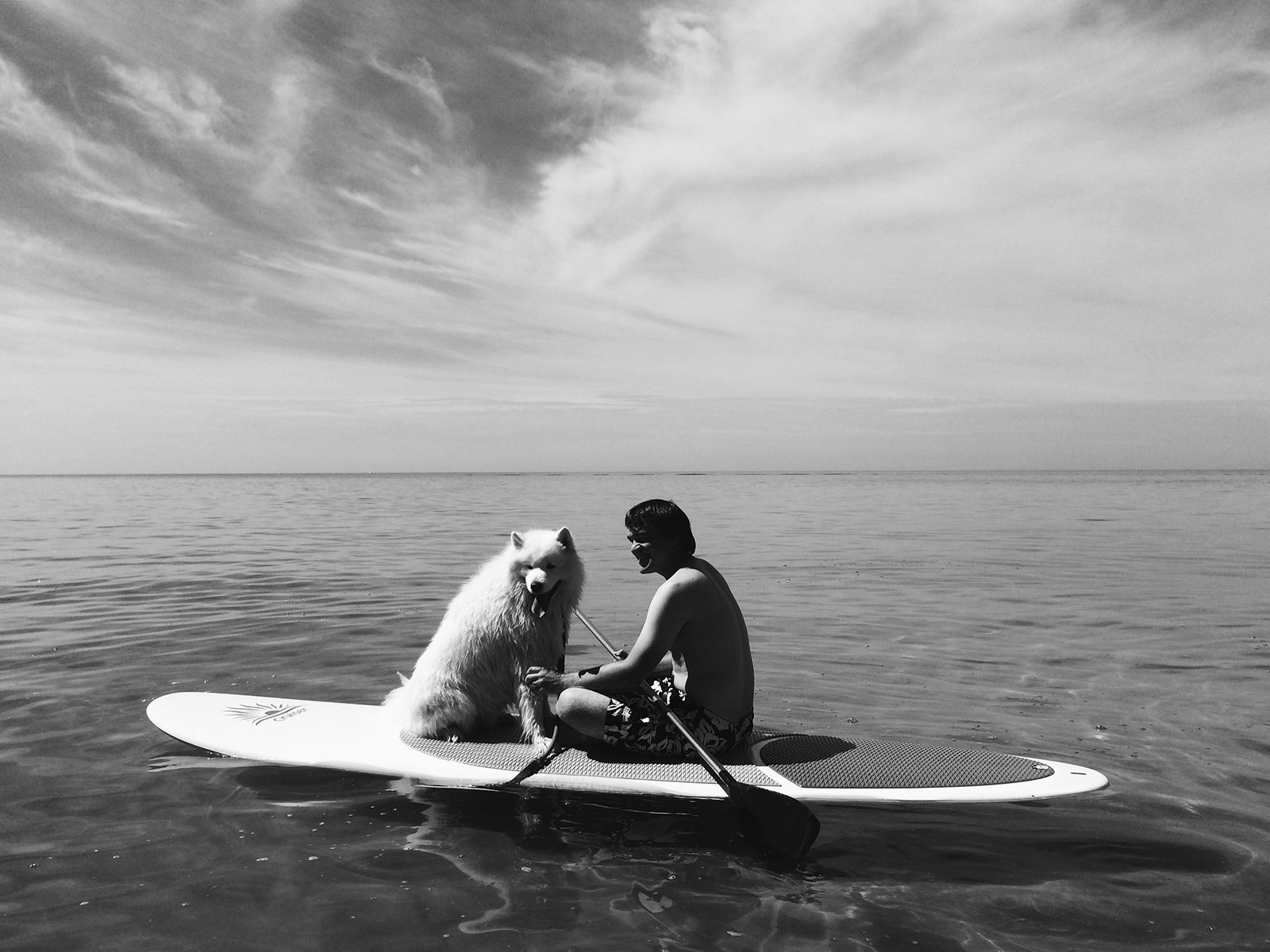 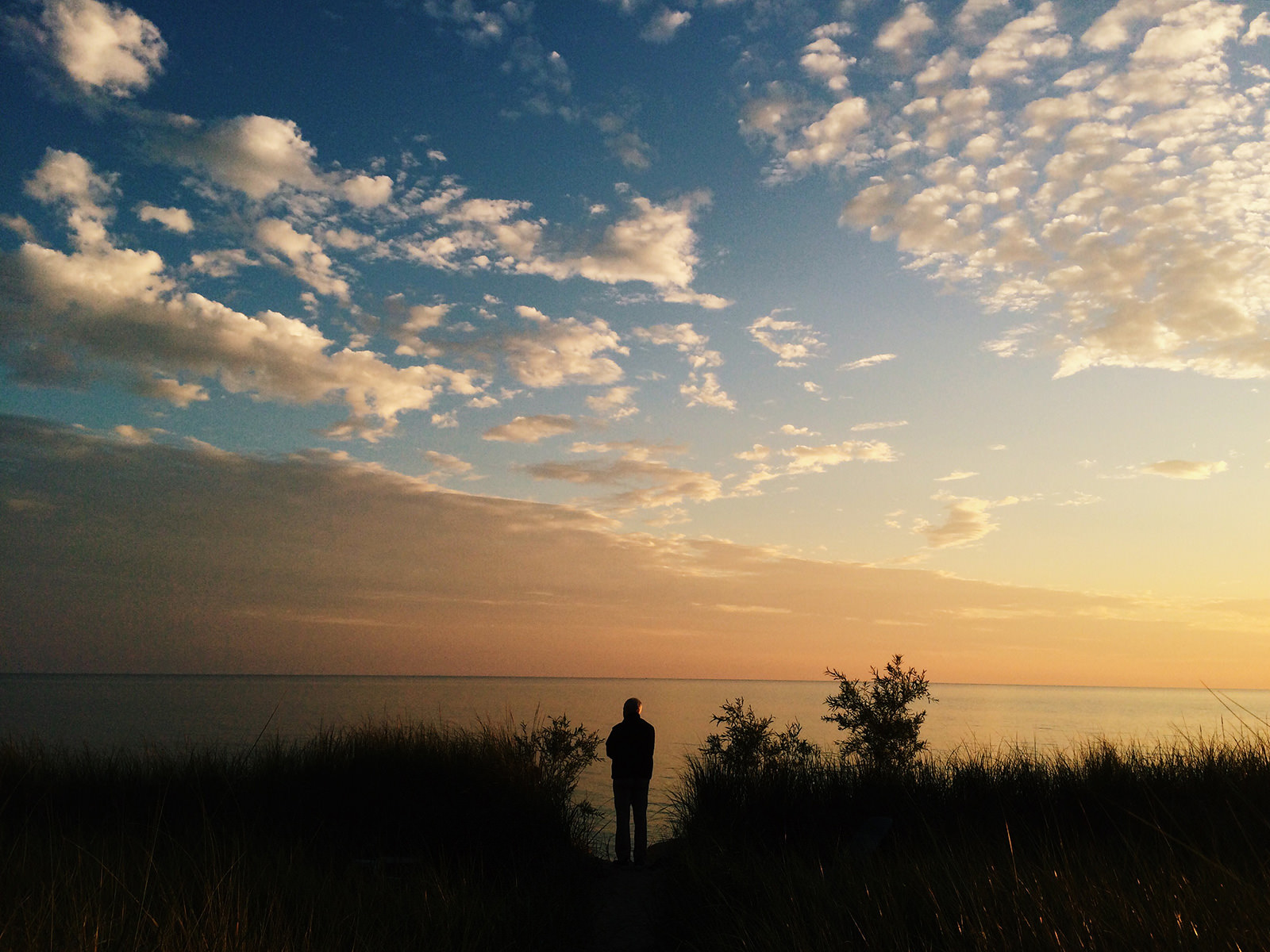 My parents celebrated their 30th anniversary this year! I’m proud of them because marriage is not an easy feat. They’ve been through so many tough and wonderful years. I’m grateful to have such wonderful role models. On the left is Brendan and Poa after house hunting in Asheville. It was a long, long weekend.

Poa loves Lake Michigan. Generally, Samoyeds don’t like to get wet because it takes days for their coats to dry. However, he loves playing with my brother’s dog and cooling down in the lake. 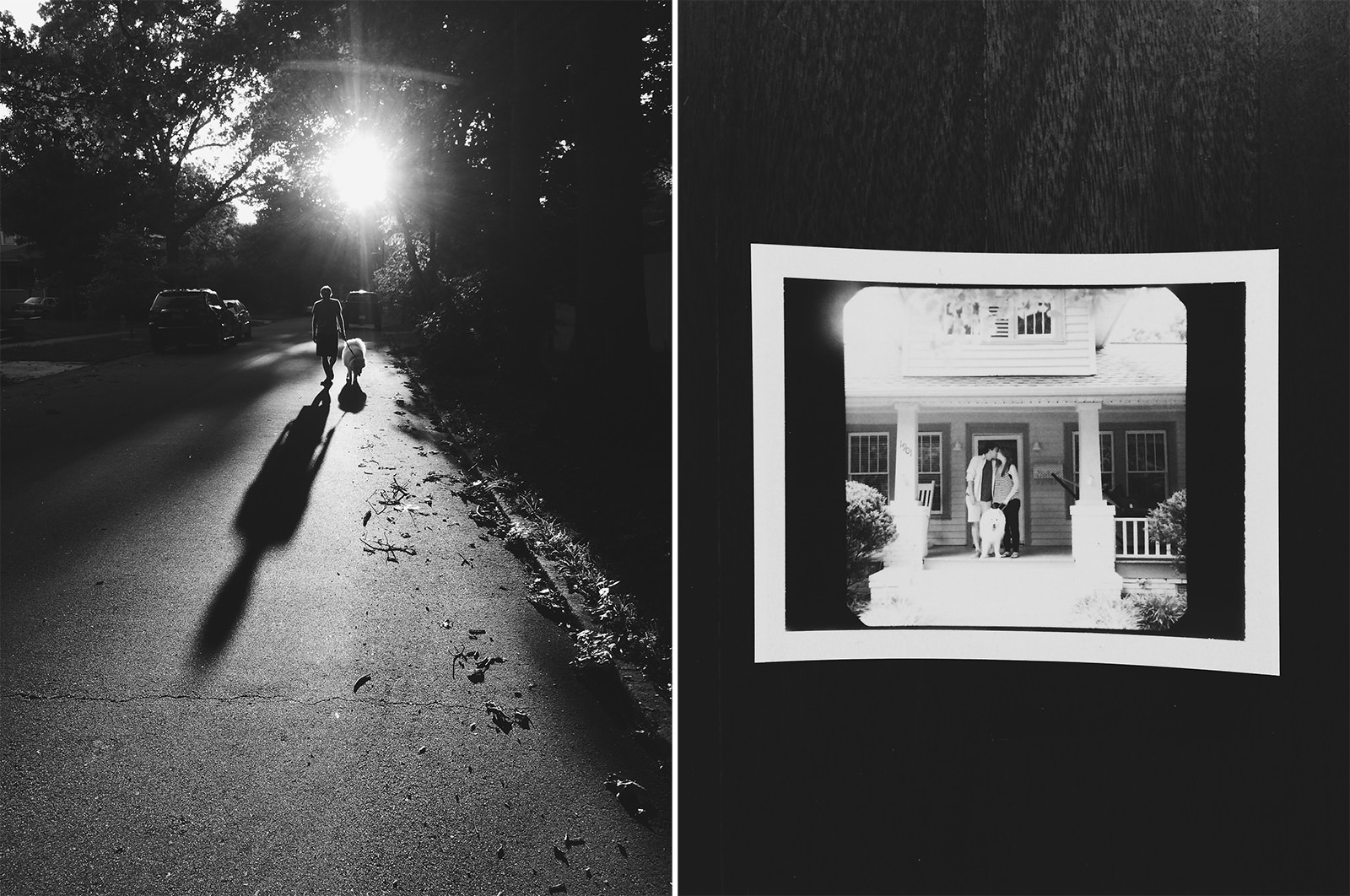 After a busy two weeks in Michigan, we returned to Charlotte to pack up our belongings. We walked down the tree-lined streets once more before saying goodbye to Charlotte. I was exhausted, sad, excited, nervous, and sentimental all at the same time. No good adventures happen without an epic journey, and this had been a wonderful one. It’s the place we started our marriage and family of three (let’s be real, Poa is like our child). It’s where I truly started my career and discovered my voice. It’s a place where I found some of the best friends in my life. This city was good to us, but we were ready for a change. The mountains had been calling our names for a long, long time.

It was a sheer miracle and only by God’s hand that we were able to move so quickly. Our sweet 1930’s bungalow sold in four hours, $5000 over asking. We couldn’t believe it. We weren’t even 100% sure that we were ready to move. Soon, the papers were signed, and we needed to start house hunting in Asheville. We only had three days to find a house to be able to move immediately after we closed on the other. No pressure…

A house popped up on the market a few days before our house-hunting trip, and I remember telling Brendan: “I’m so mad. I know this house will be off the market before we get to town to check it out.” Somehow, the house stayed on the market for a week, and we fell in love with it as soon as we stepped inside. This house was completely different than our first home. It was a new construction, modern, clean lines with some rustic, custom elements. Oh, and there were CLOSETS! (Anyone that’s ever lived in a pre-1950s home can attest to the shortage of storage space…). There was a late-night battle with another buyer for the home, but we ended up winning the bid. Again, another miracle.

We’ve never had a smooth closing process, and (of course) we hit a snag with selling our Charlotte home, only a week before the due diligence period. Somehow, our house had severe settling issues that were not discovered three years earlier when we bought the home (even with four different inspections). I can’t even begin to tell you how many sleepless nights and gray hairs I grew over this. The contractor originally quoted $30,000 to fix the problem, which was clearly something we couldn’t afford. We were still stupefied that our house had settled so drastically in three short years. The buyers didn’t reveal much about how they felt about the issue, so we waited and waited to see if they still wanted the house. Finally, hours before their DD period was up, we were able to negotiate and move forward with both closing dates.

I remember driving into Asheville and seeing a reflection of this insanely gorgeous sunset on the pavement. In that moment, I felt God’s presence and teared up thinking of how good He is. He completely took care of us in an impossible situation. 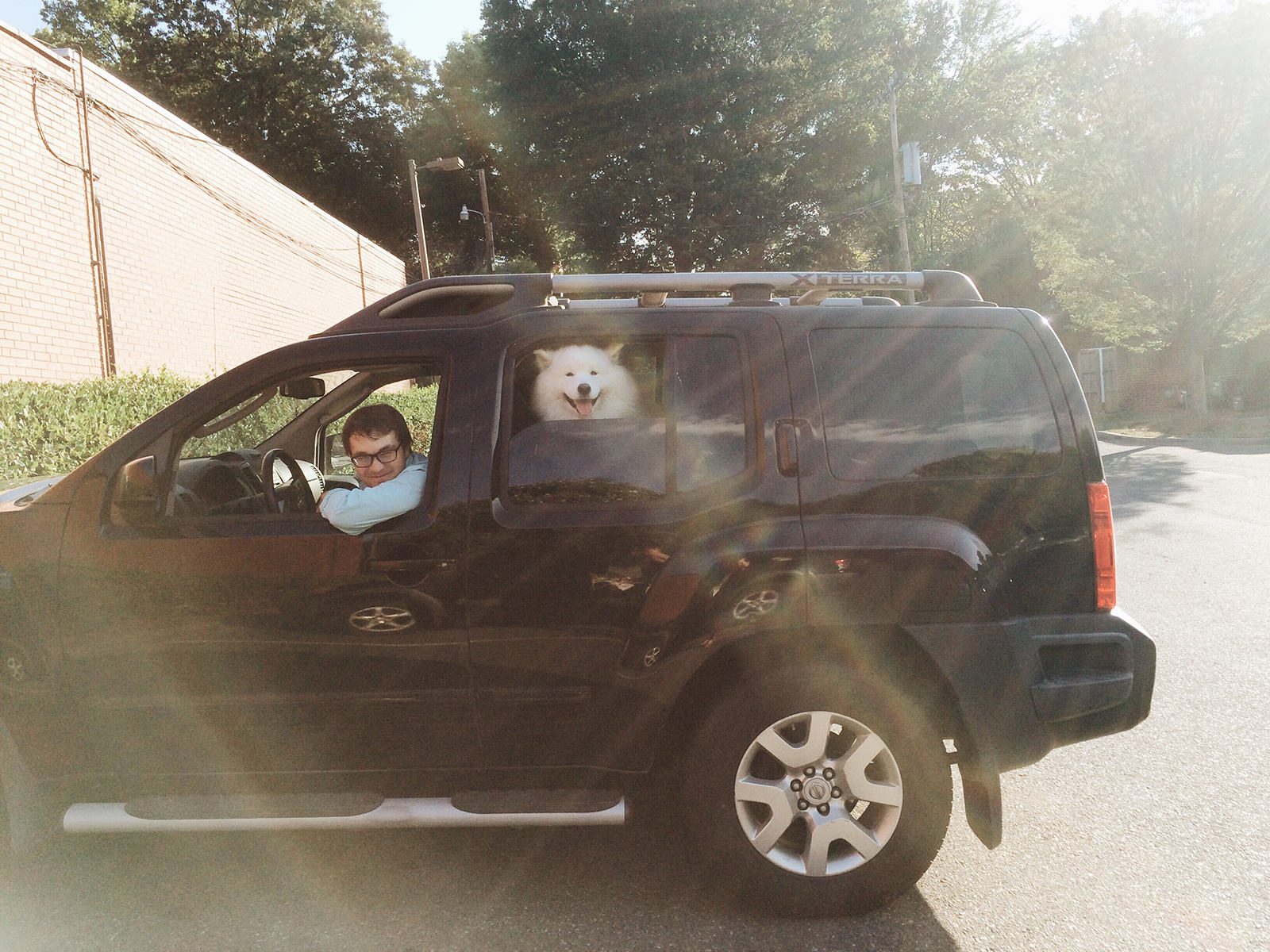 Brendan and Poa on our way out of Charlotte. 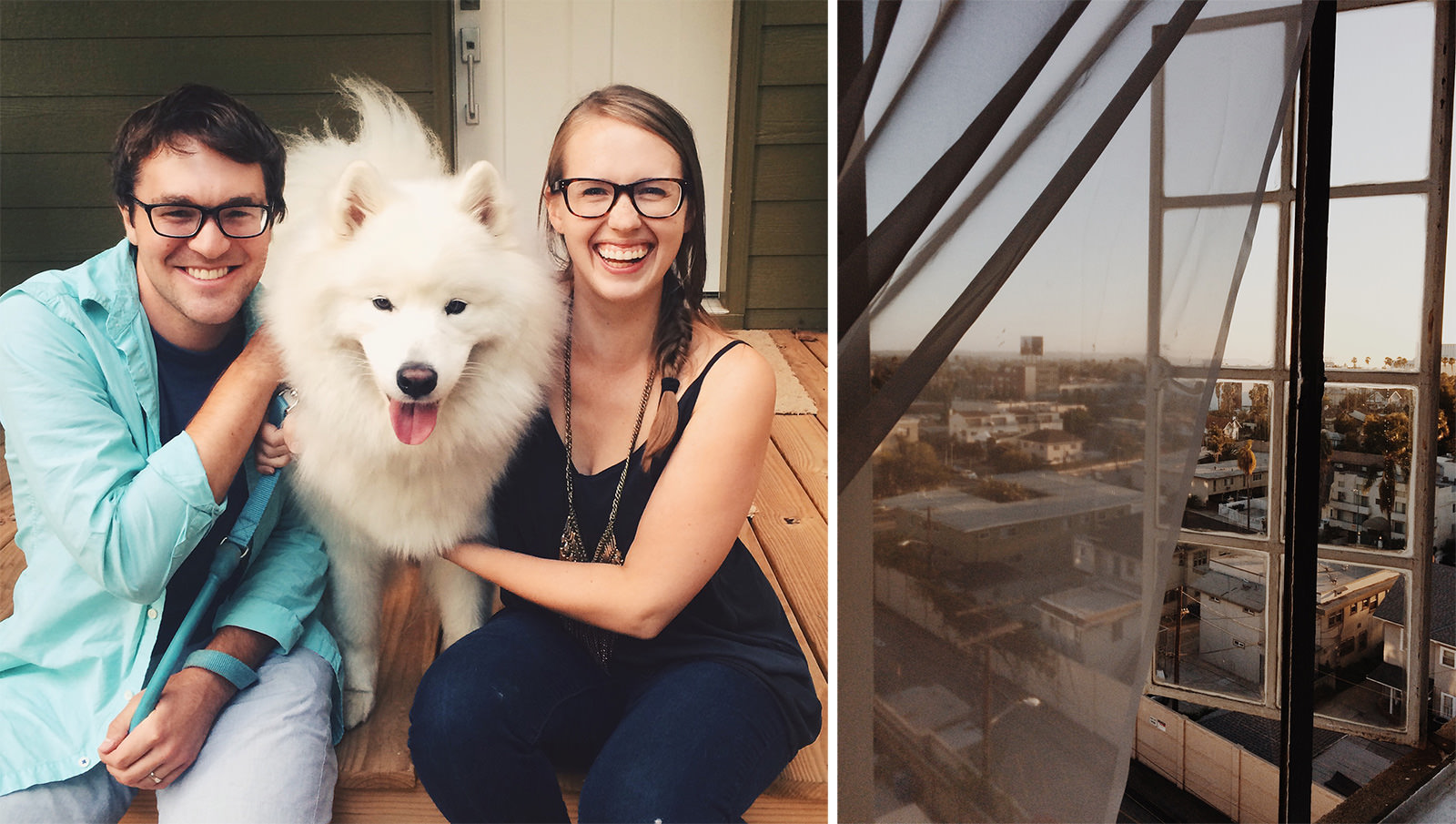 On the front porch of our new home in West Asheville!

A week after we received the keys to our new house, we were on the road again. I headed to California for a wedding in Carlsbad and then spent some time with my dear friend Alli in LA (her apt. on the right).

I flew from LA to Portland to meet up with Brendan and visit with our friends, Amy + Milo, who have the cutest house I’ve ever seen. They took us to some of their favorite restaurants, and I gained at least five pounds. 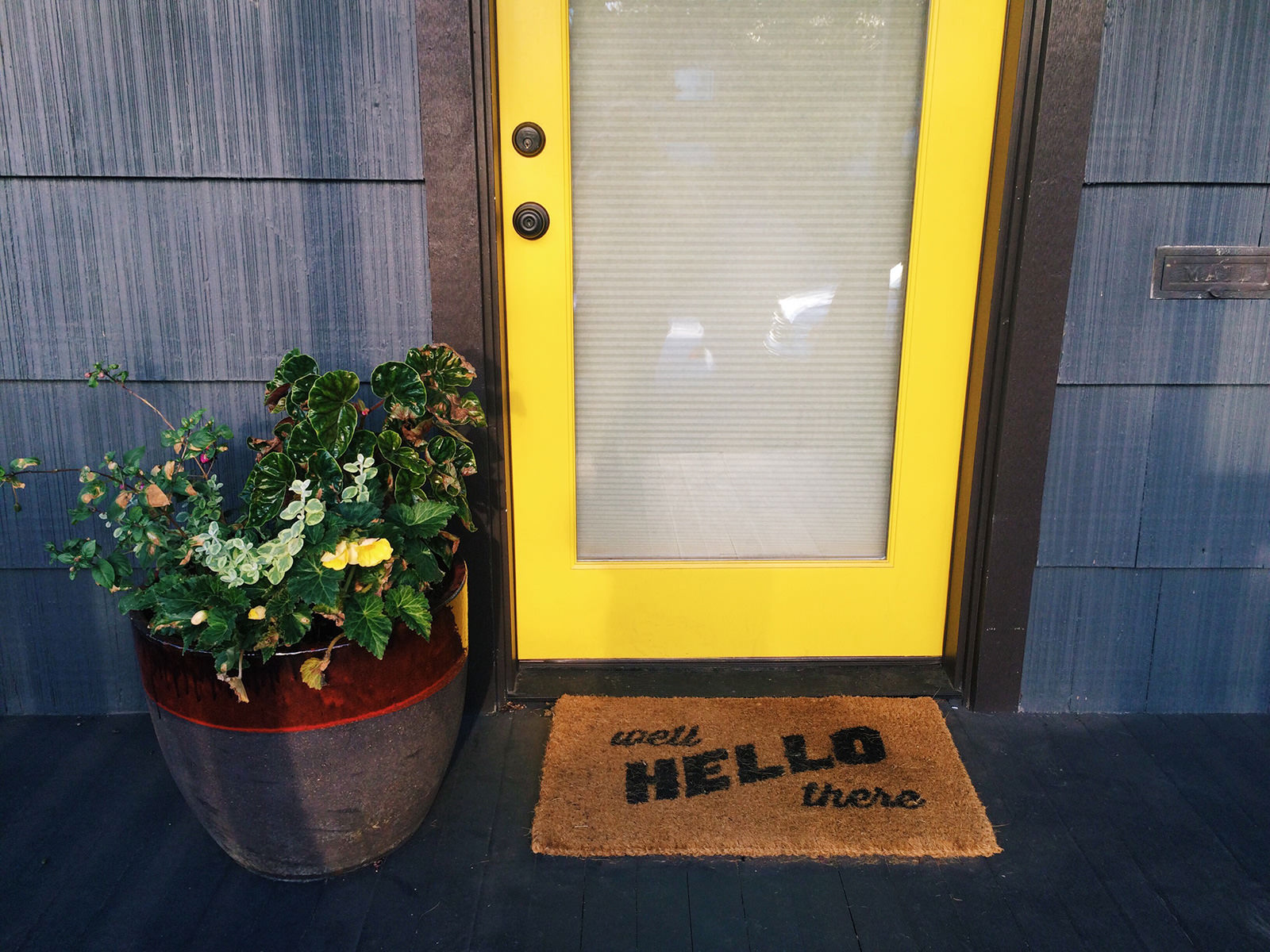 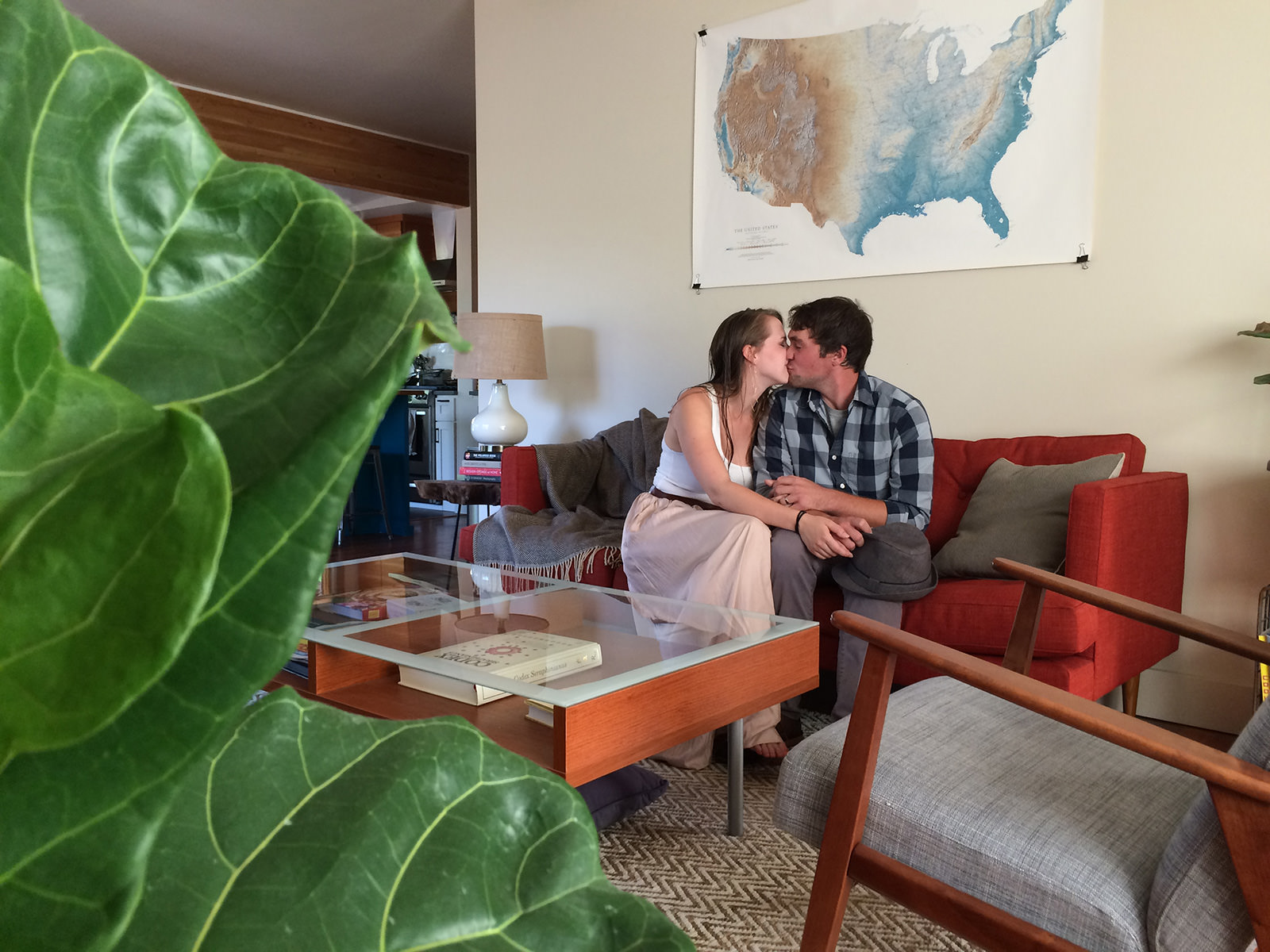 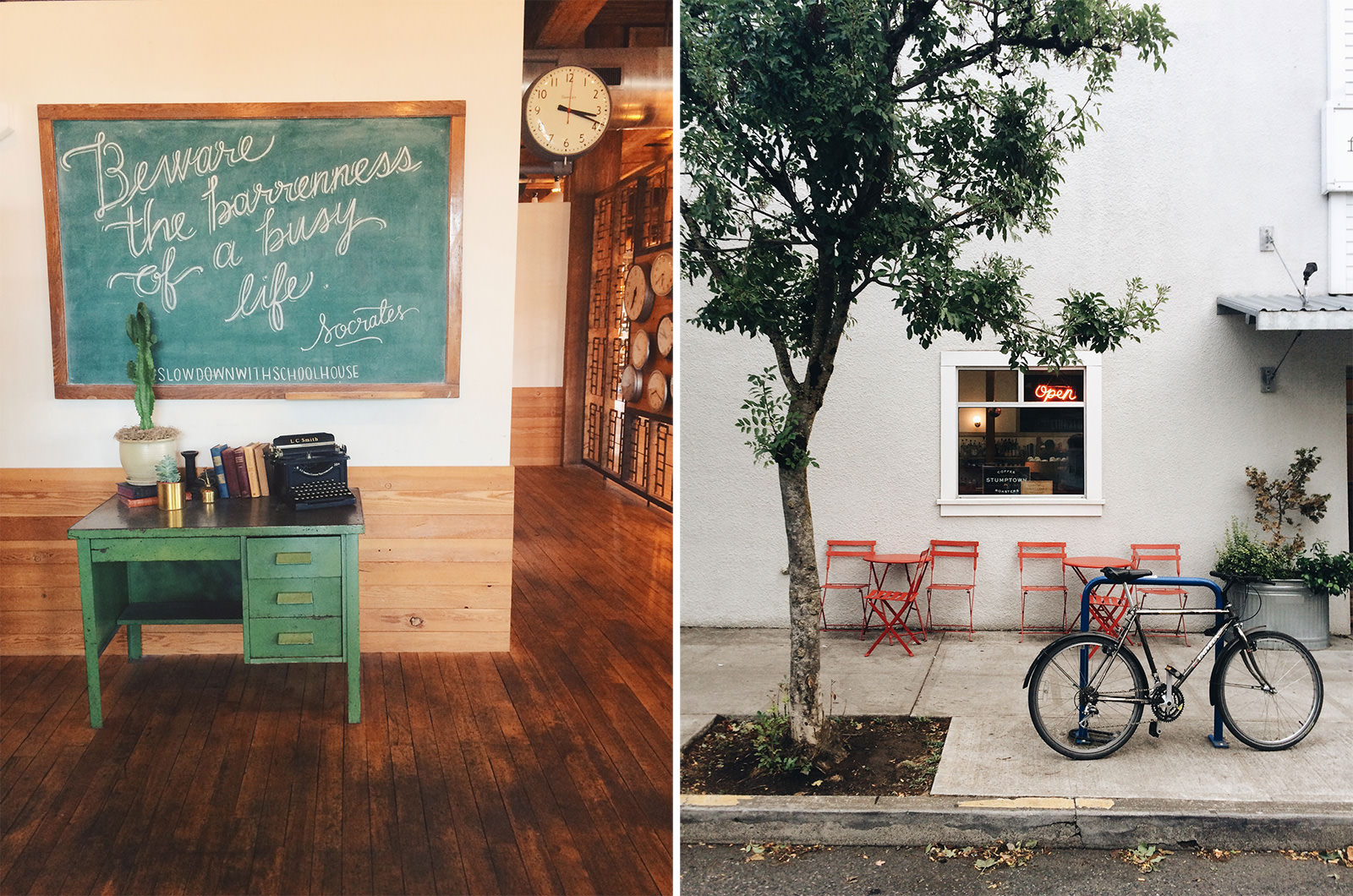 Broder Nord was one of our absolute favorites. Brendan and I both have Swedish roots, and we cherished the Scandinavian cuisine. The Ebelskivers (Danish pancakes, pictured above) were to die for. 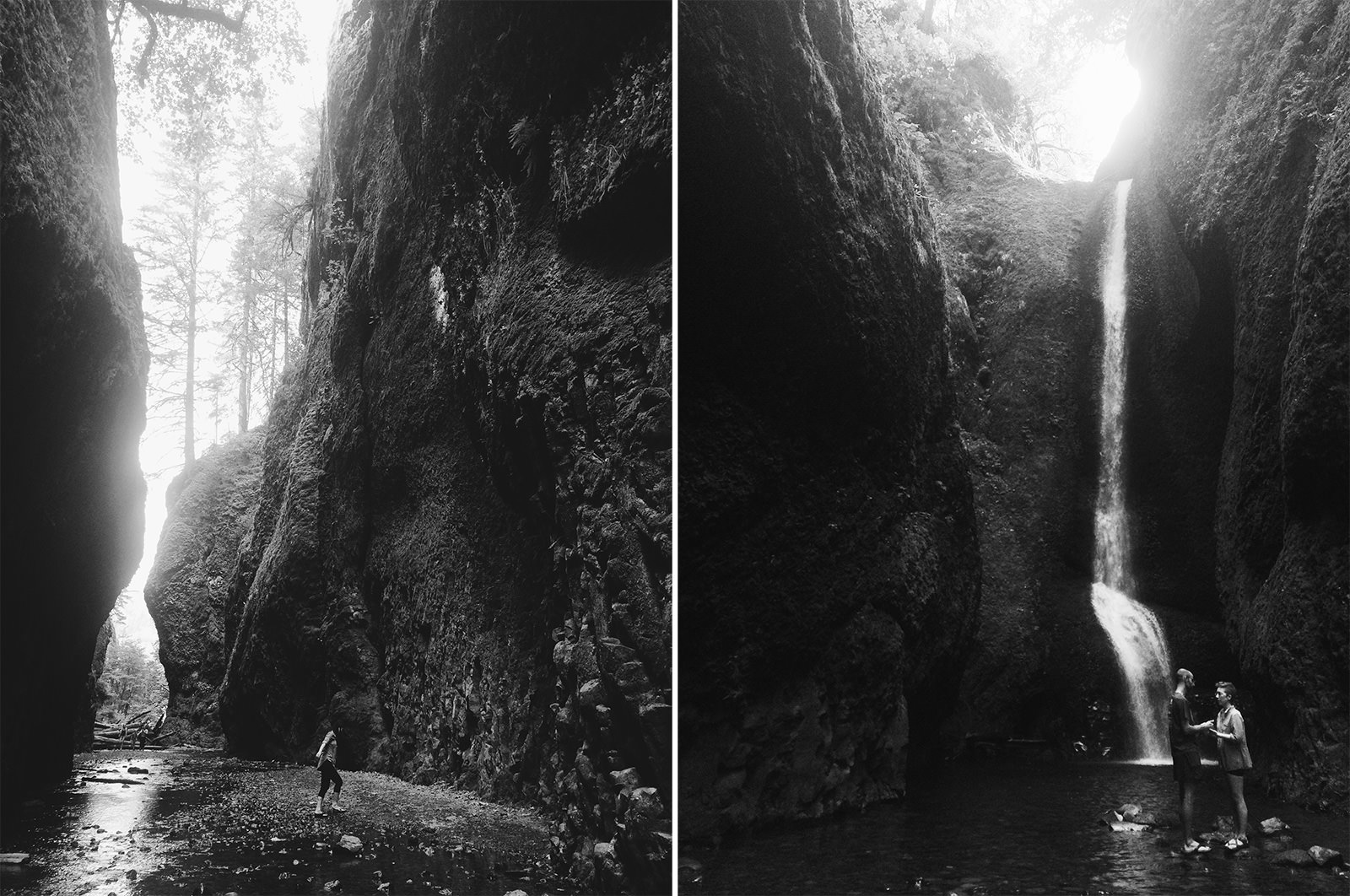 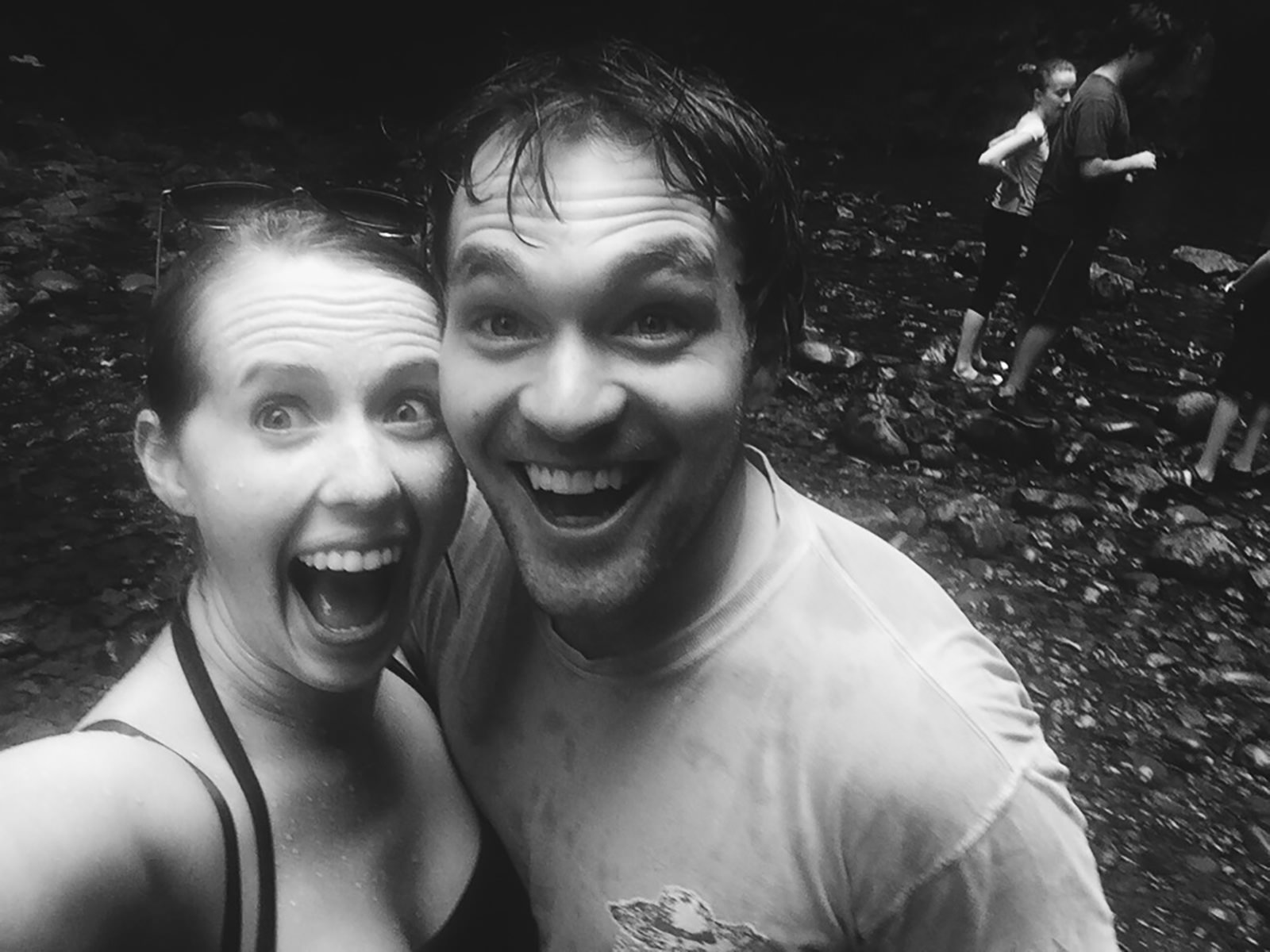 We drove up to the Columbia River Gorge for the day and hiked the Oneonta Gorge. To get to the falls, you have to wade through ice-cold water and climb over a large log jam. It was incredible. We were dared by another couple to swim in the waterfall pool, and we somehow got up the nerve to jump in. I’ve never felt water so cold in my life. I couldn’t breathe, but it was invigorating. I’d like to think that I could suffer through a Polar Bear plunge after that experience… 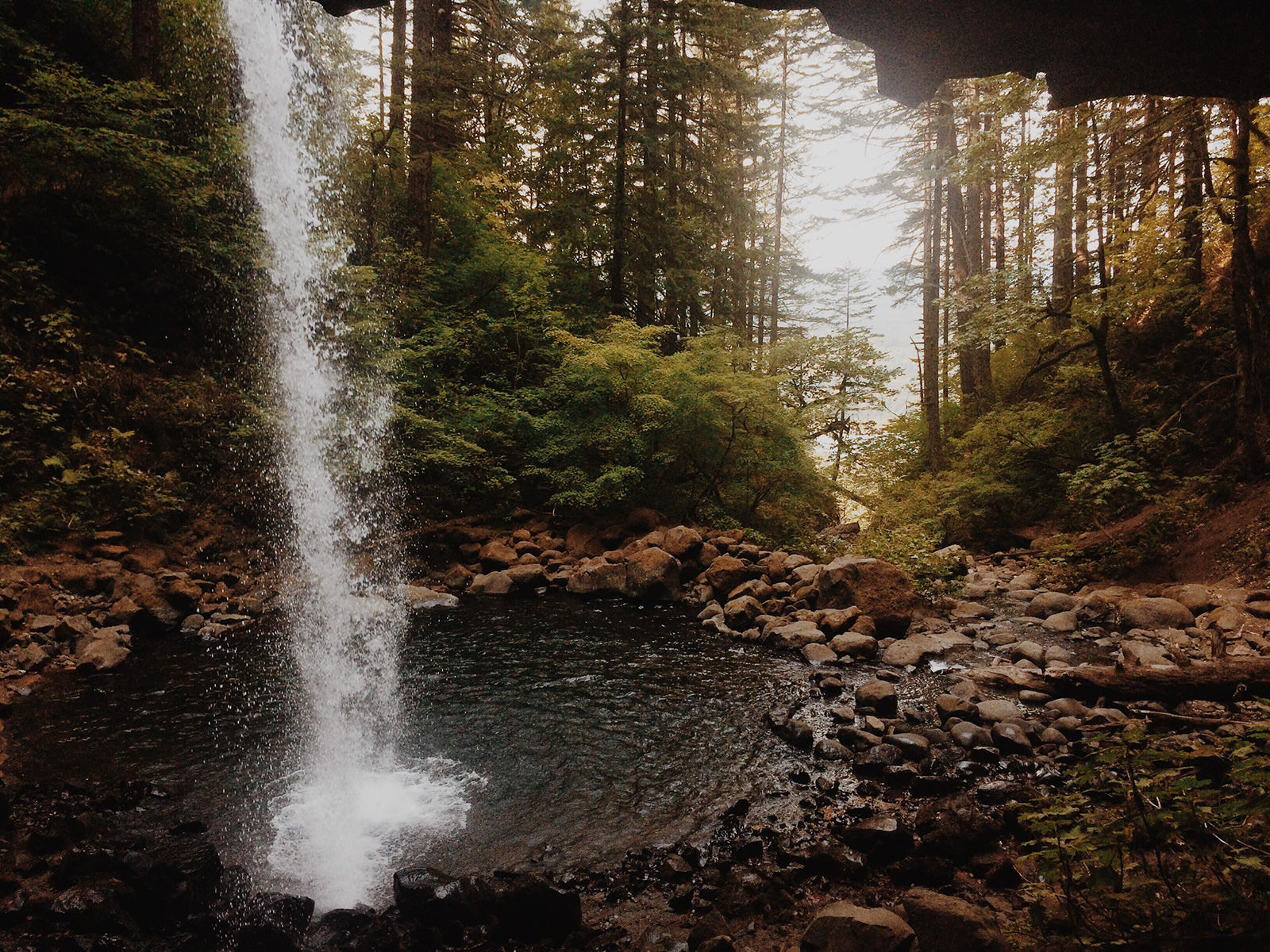 Three days later, we were on another plane to Denver. We drove to Crested Butte the following morning for Jacque + Paul’s wedding. The five hour drive was worth it, as the views were extravagant. The rolling pastures and bold mountains kept our attention for hours. 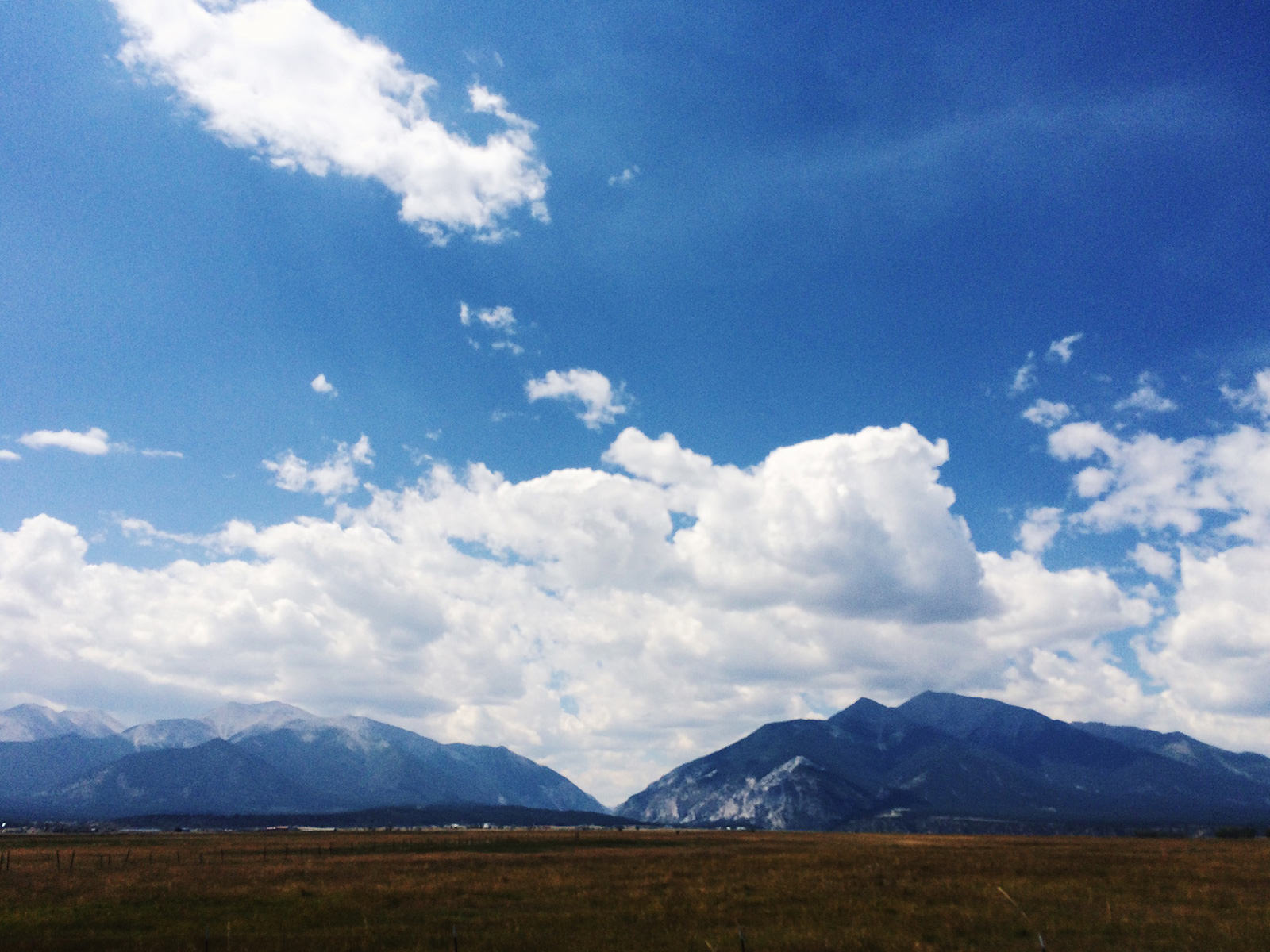 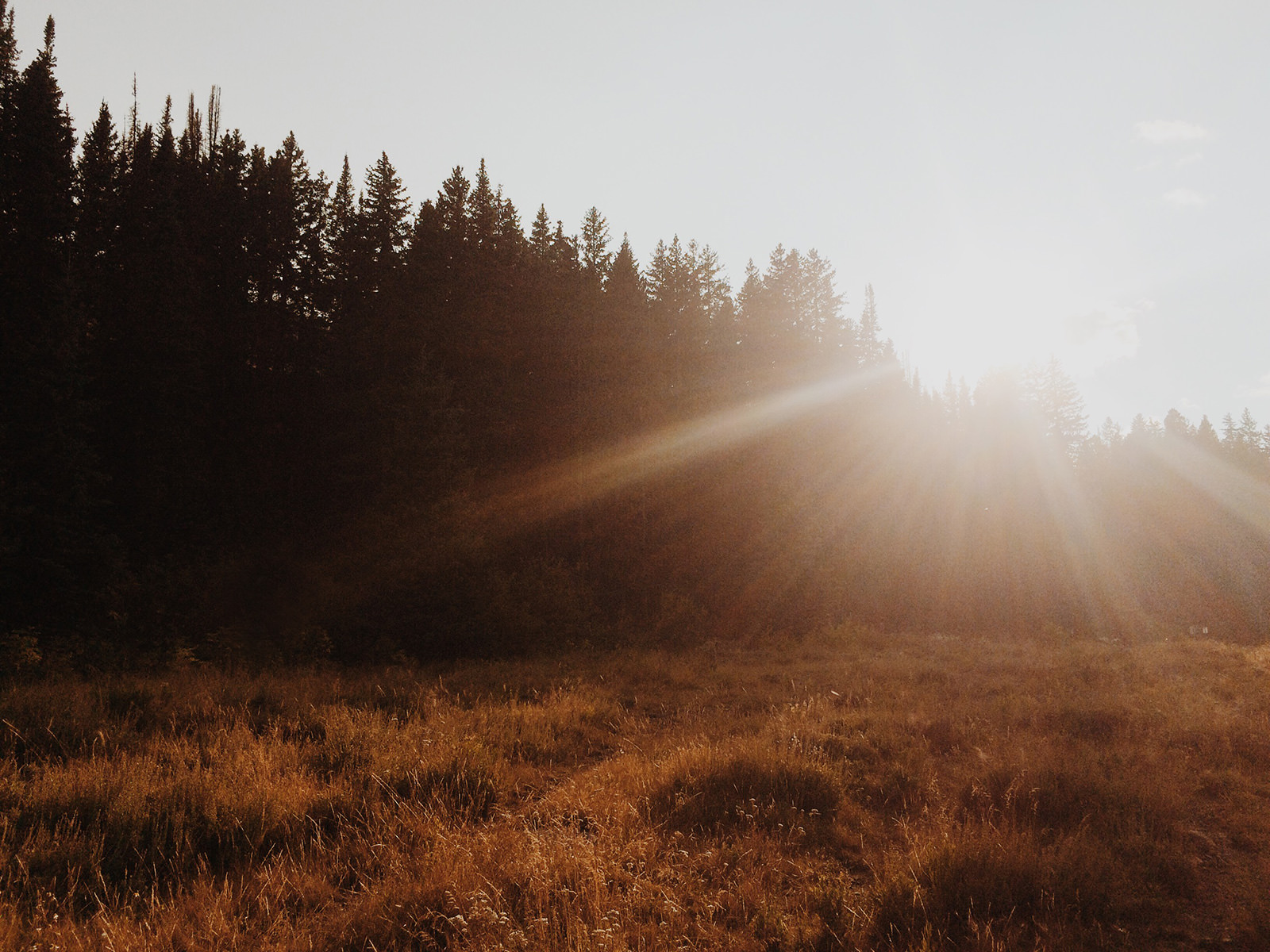 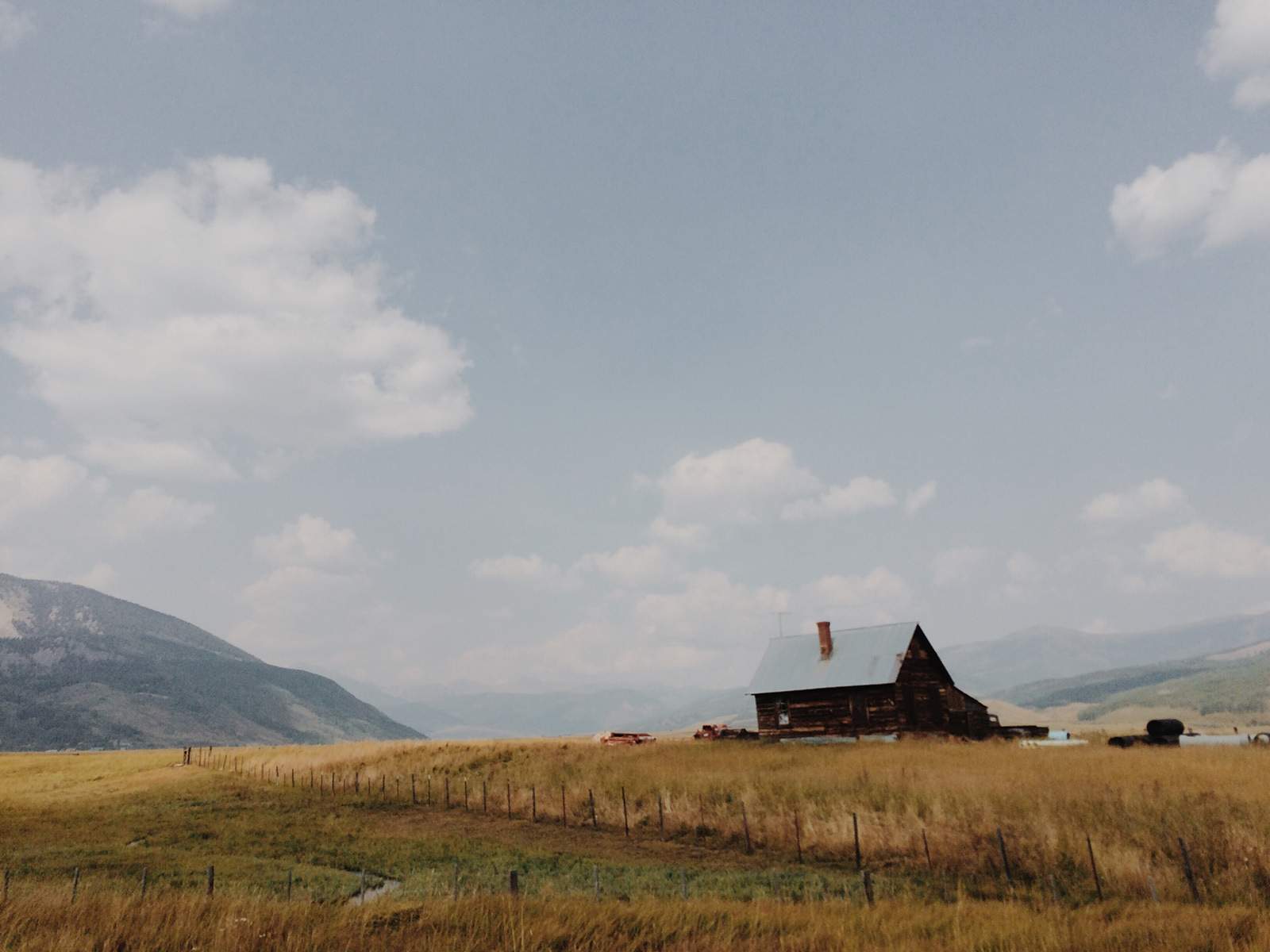 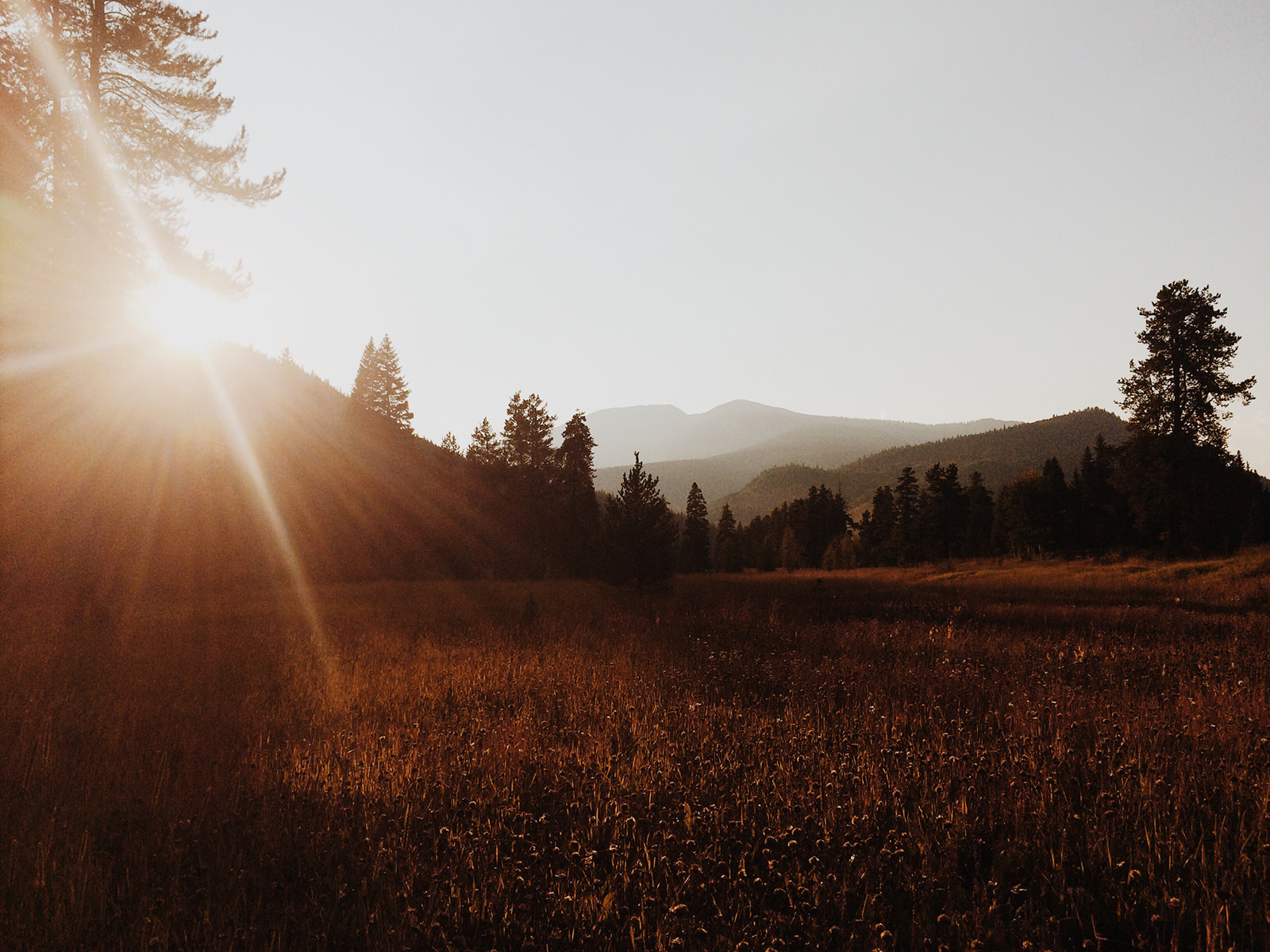 After the weekend, we flew back to Portland and took a mini-road trip around Oregon. We drove down to the coast for our anniversary session with Kristen Marie (another blog post coming soon…), and then to Eugene for the night. We almost decided to skip the drive to Crater Lake when the main road was closed due to forest fires, but it thankfully reopened the following morning. I highly recommend checking out the park, as it’s unlike anything I’ve ever seen before in my life. 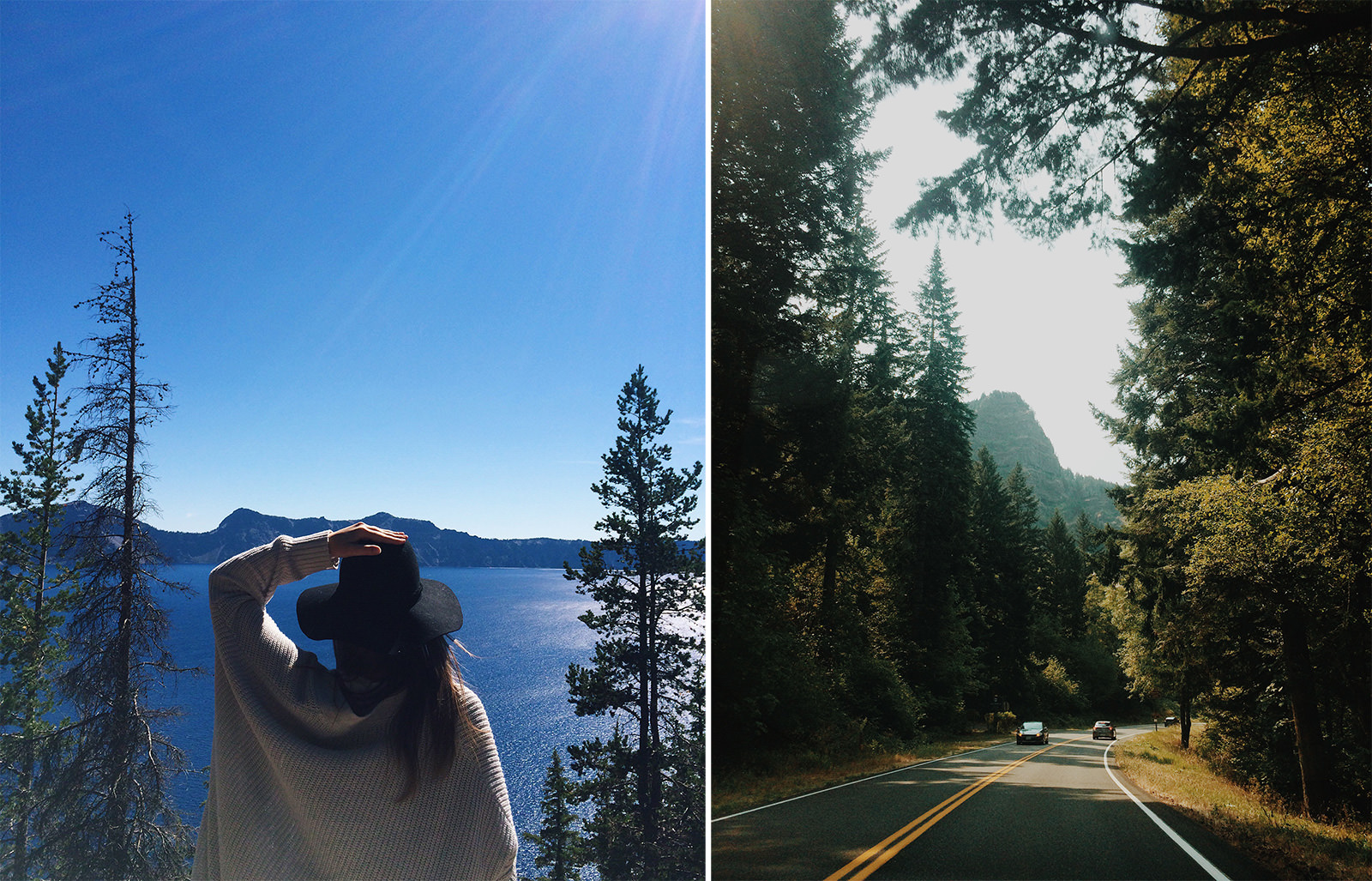 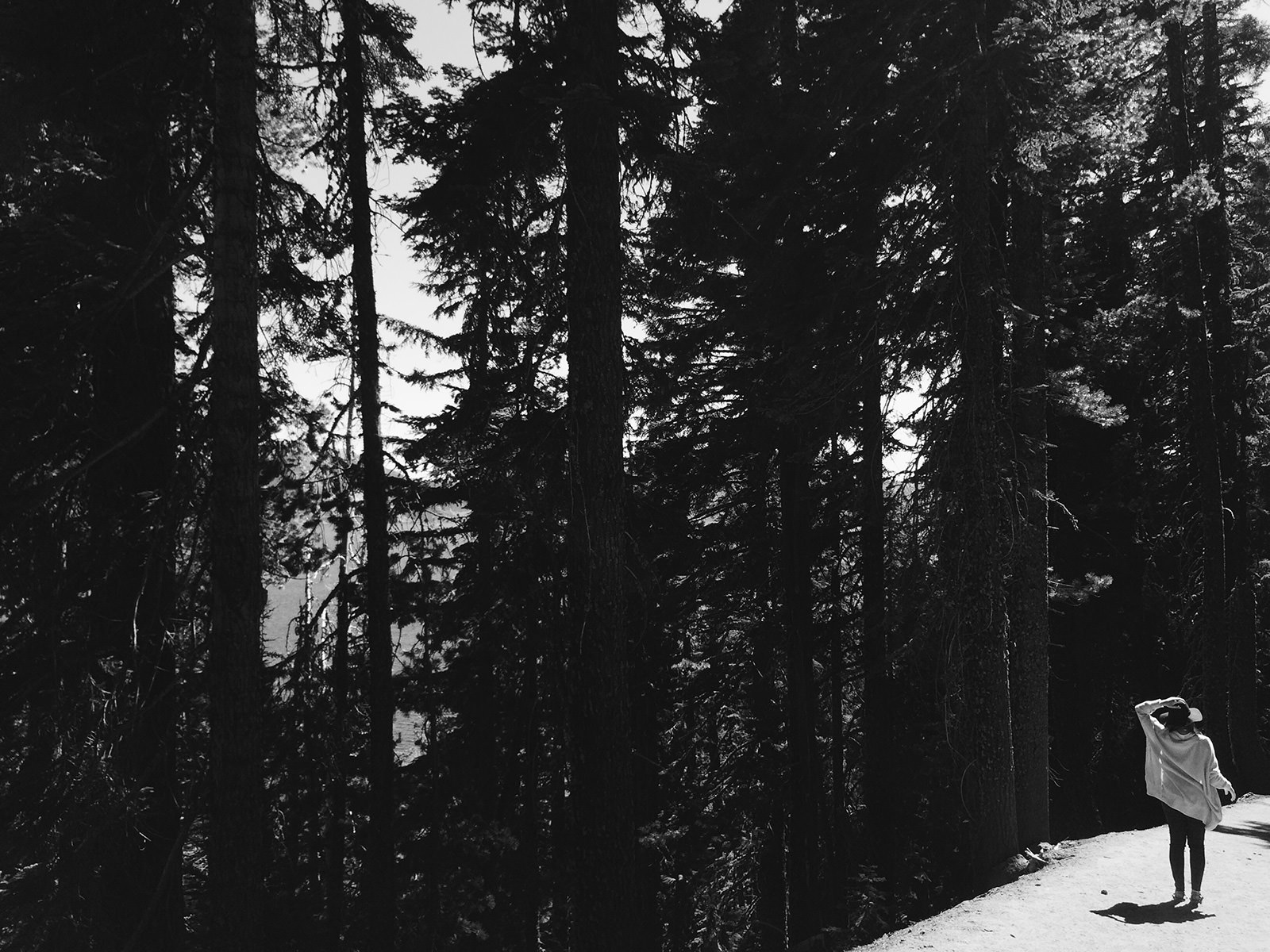 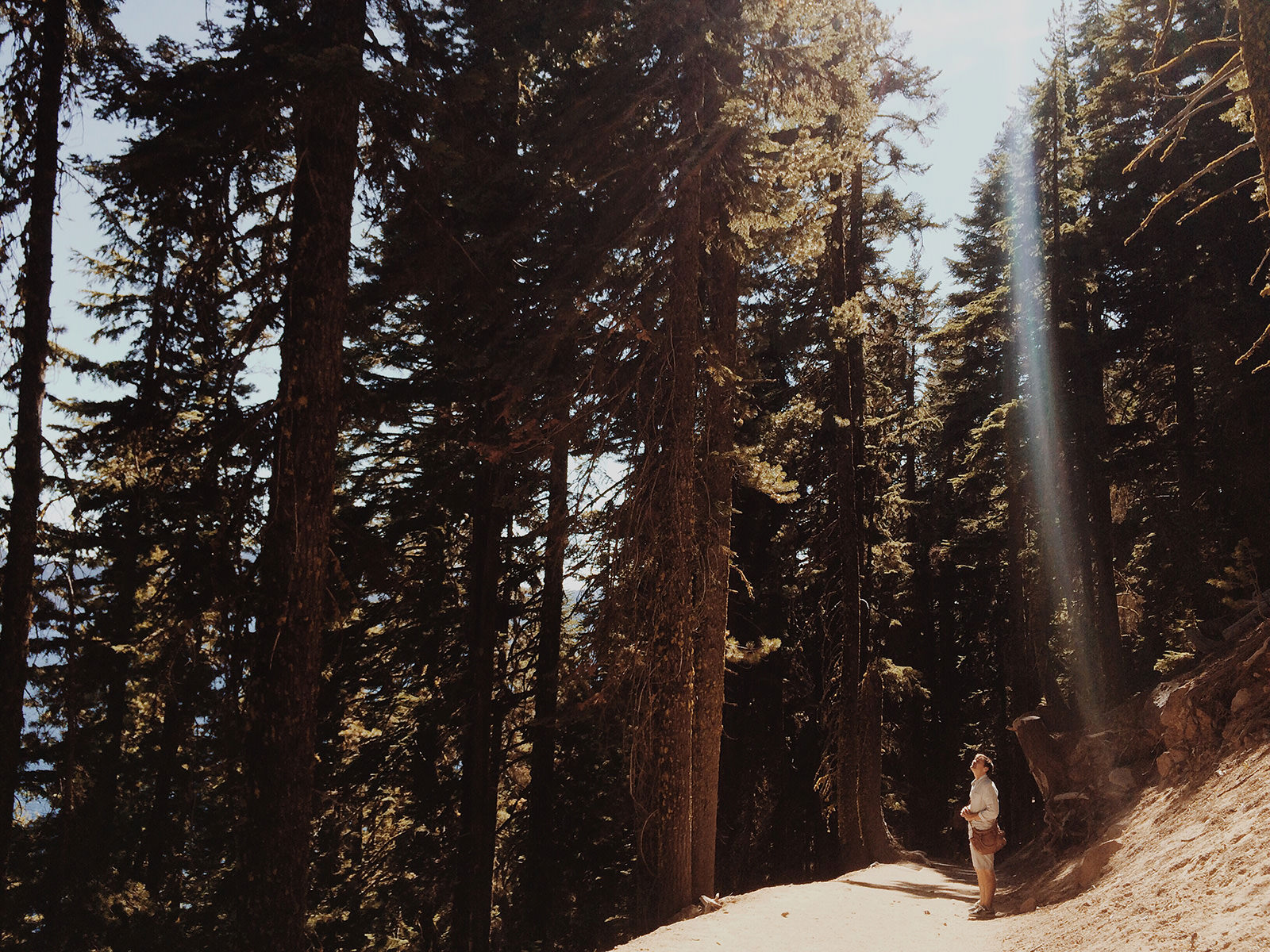 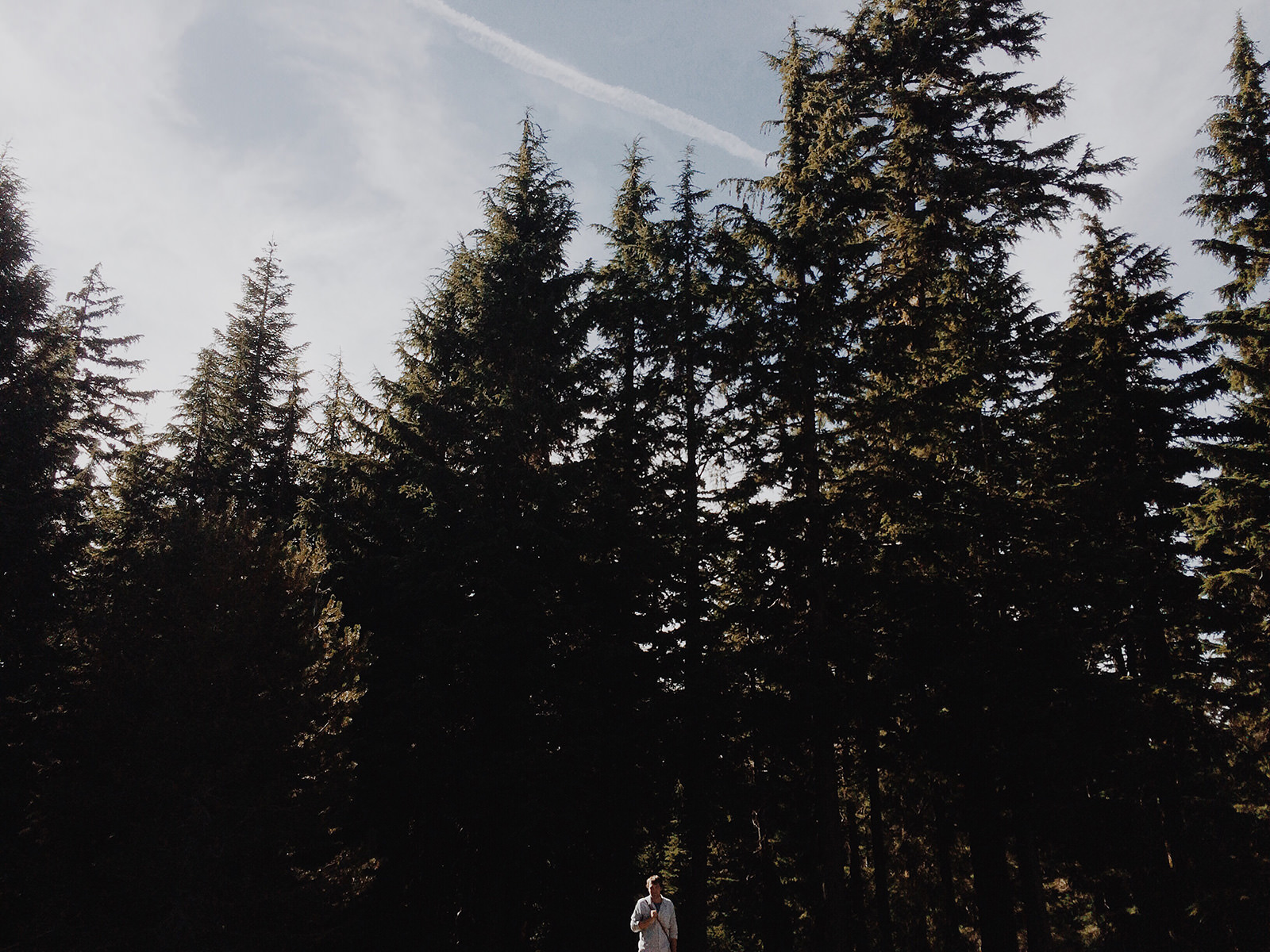 We drove out to the desert and spent a cozy night in Bend. The town was charming, and we wished we had a bit more time to explore. On our last night, we stayed in a treehouse (thanks airbnb!) in Portland and had our favorite dessert, Salt & Straw. 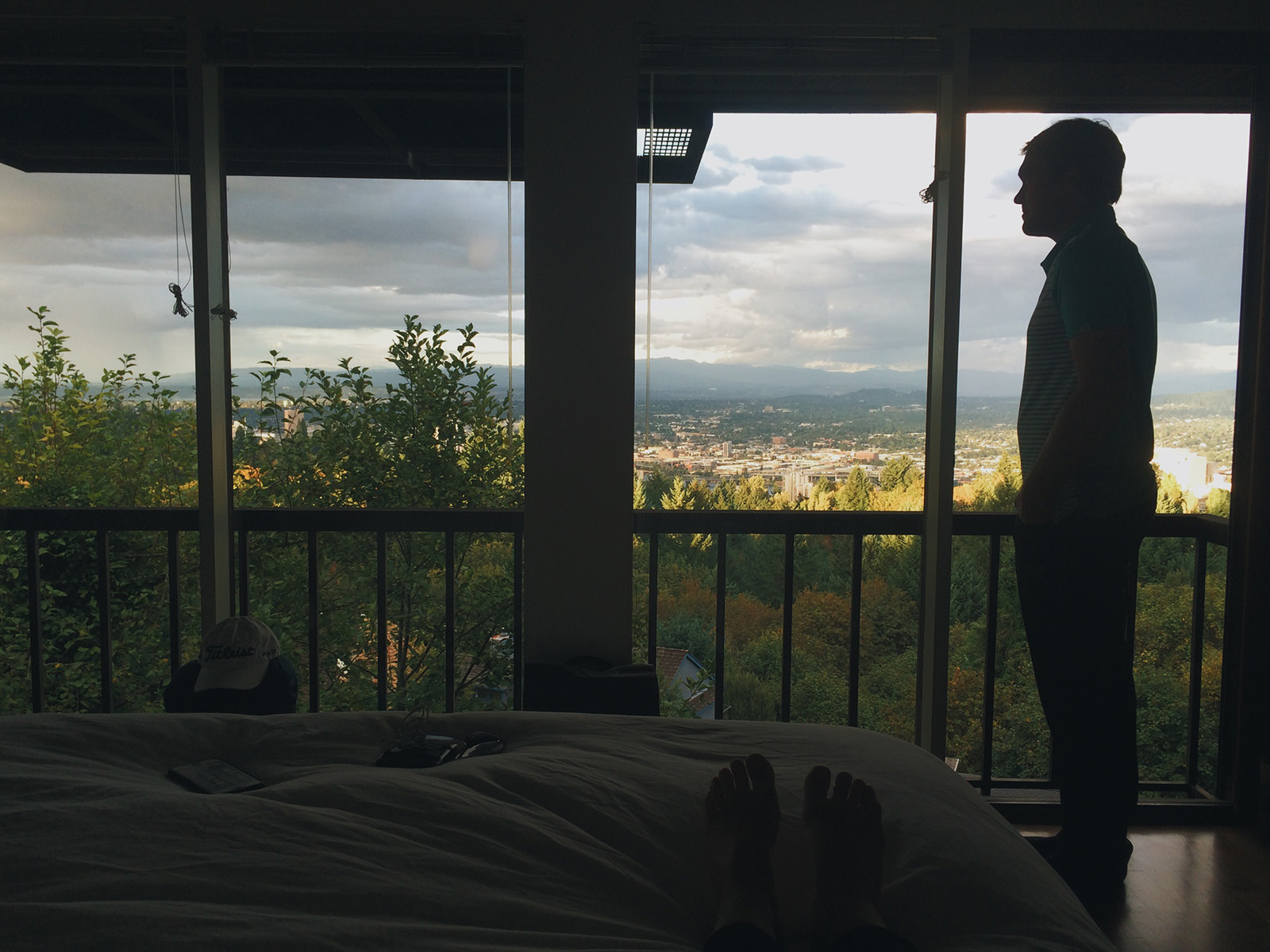 The summer was a whirlwind, but we had so much fun visiting old and new friends. Traveling is something that always drains my energy but revitalizes my spirit. Our west coast trip was the perfect end to such a crazy summer.